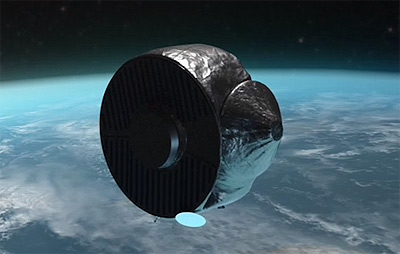 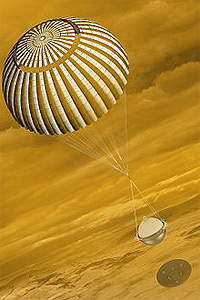 The DAVINCI (Deep Atmosphere Venus Investigation of Noble gases, Chemistry, and Imaging) (originally named DAVINCI+) mission will measure the composition of Venus atmosphere to understand how it formed and evolved, as well as determine whether the planet ever had an ocean.

The mission consists of a the Carrier, Relay, Imaging Spacecraft (CRIS) and the Descent Sphere (DS) that will plunge through the planets thick atmosphere, making precise measurements of noble gases and other elements to understand why Venus atmosphere is a runaway hothouse compared the Earths.

DAVINCI will also return the first high resolution pictures of the unique geological features on Venus known as tesserae, which may be comparable to Earths continents, suggesting that Venus has plate tectonics.

The DS probe will contain five instruments. Two of them  the Venus Mass Spectrometer (VMS) and the Venus Tunable Laser Spectrometer (VTLS)  will undertake the first complete compositional study of the entire cross-section of Venus atmospheric gases, searching for clues as to how, when, and why Venus climate may have changed so dramatically. The third instrument, the Venus Atmospheric Structure Investigation (VASI), will measure the pressure, temperature, and winds from about 70 kilometers in altitude to the surface at 10 times higher resolution (or more) than any previous Venus probe. After the probe drops under the thick cloud layer, the Venus Descent Imager (VenDI) instrument will take hundreds of near-infrared images of the Alpha Regio highlands, which the team will use to make maps of topography and composition. These images will show landscapes unique to Venus at the high resolutions typical of landers (near the surface).

The DS instruments are:

As selected, DAVINCI would nominally launch in 2029 June and after a ~6 month cruise, the spacecraft would fly by Venus for unique remote-sensing science that includes dayside UV cloud motion videos, hyperspectral UV imaging spectroscopy, and nightside NIR surface emissivity mapping. As currently planned, the trajectory returns 9 months later for a second flyby in 2030 November with additional dayside UV observations and nightside surface measurements of key highlands (e.g., tesserae and Maat Mons). The flight system returns to Venus 7 months later and delivers the in situ DS to Alpha Regio on 2031 June 21 with favorable solar illumination for descent high-sensitivity NIR imaging under the clouds. DAVINCI's targeted entry-descent-imaging site within Alpha Regio has been comprehensively investigated by prior missions and is large enough (nearly twice the size of Texas) such that a precisely controlled descent is not necessary. DAVINCI's touchdown ellipse comfortably fits within this area with large margin, and enables high-resolution descent images to map the local composition-related infrared (IR) emissivity and local topography of this unique region. Figure 8 highlights the DS imaging corridor and its landing error ellipse within Alpha Regio using the Arecibo radio-telescope-based pseudo-topography of this tessera region at subkilometer scales.