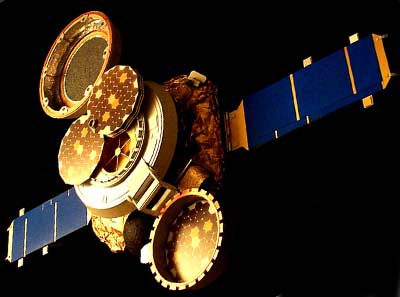 Genesis was a mission to bring samples of the solar wind to earth. For this purpose, the probe was inserted into an halo orbit around the Earth-Sun L-1 point, where it collected the samples during 30 months. It featured a return capsule, from which three collector arrays consisting of specially designed high purity wafers are deployed. For analyzing lighter ions, an electro static concentrator wass also mounted inside the capsule. Furthermore the bus carried two solar wind monitors.

At the end of the mission, Genesis was leaving the L-1 point and returned to earth. On 8 September 2004 the capsule reentered the earth atmosphere to be captured in mid air by an helicopter over the desert of Utah at Dugway Proving Ground. Due its gravity switches oriented incorrectly as the result of a design error, neither the drogue chute nor the parafoil deployed and the capsule crashed in the Utah desert. The high-speed wreck compromised the SRC and shattered many of the Genesis collectors. However, the Genesis Preliminary Examination Team was able to show that, because the solar-wind ions were buried beneath the surface of the collectors, it is possible to detect and quantify elements in the solar-wind. Accordingly, in March 2005, Johnson Space Center curatorial staff started allocating solar-wind collectors to the international scientific community.