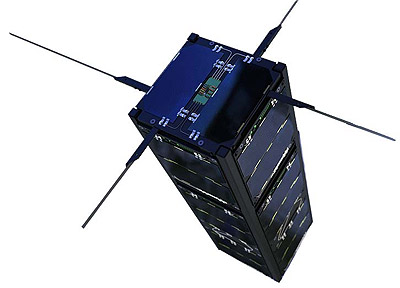 The DIDO satellites are 3U CubeSat satellites for micro-gravity rersearch designed by the Israeli / Swiss company SpacePharma.

The first satellite, DIDO 1 was originally to fly on a multi satellite mission on a Falcon-9 v1.2 rocket in 2016. The current plans for this satellite are unknown.

The second mission, DIDO 2 or Chen Jiayong 1, carried experiments from a collaboration between Spacepharma Israel Ltd, CAS IPE, Spacety China Ltd, and the Institute of Mechanics. It was originally manifested on a Dnepr rocket. As the availability of Dnepr had become doubtful, it has now been moved to a bulk CubeSat launch on an Indian PSLV-XL. The launch in February 2017 was successful.

A third mission, DIDO 3, was ordered in 2018 as an improved version.