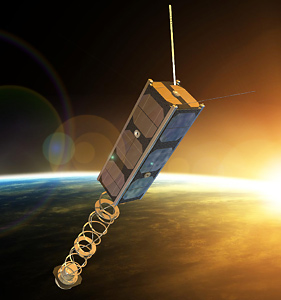 D-Star One is a 3U CubeSat designed and built by German Orbital Systems as a technology demonstration for their planned CubeSat communications constellation.

The satellite is equipped with two D-Star communication modules onboard. These modules will be fully dedicated to the amateur radio community. Subsequent satellites will have enhanced capabilities and address larger potential customer groups.

A reflight under the designation D-Star One v.1.1 Phoenix took place in February 2018, but apparently the satellite was not deployed.

Two more D-Star One satellites, called Sparrow and iSat were successfully launched in 2018.

Another two D-Star One satellites, called EXOCONNECT and LightSat are to be launched in June 2019.