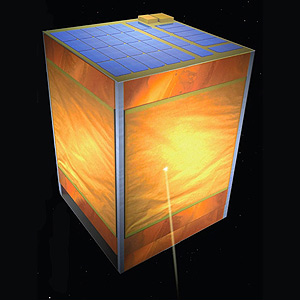 IDEA OSG 1 is a microsatellite developed by Astroscale, that will collect key information characterizing small-size debris from 100 µm or larger in LEOs most congested areas. The objective is to contribute to the global effort of cataloguing small-size orbital debris and to improve future crewed and uncrewed space missions safety.

At the end of the mission a deployable deorbit sail will ensure rapid removement from orbit.