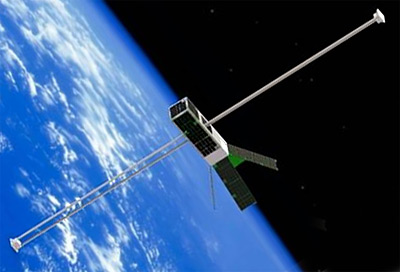 SEAM (Small Explorer for Advanced Missions) is a collaborative project aiming at developing, building, launching and operating a 3U CubeSat nanosatellite for science-grade measurements of magnetic and electric fields in the Earth ionosphere.

The consortium brings together eight partners from five European countries. An overarching goal for the project is to jointly develop a nanosatellite platform for advanced scientific missions, thus allowing the participating small and medium enterprises to offer new solutions to the high end of the nanosatellite market.

The objective of the SEAM satellite is to contribute to three scientific areas by providing high resolution measurements of three components of DC and AC magnetic field and one component of AC electric field in the ionosphere for:

Contributing to geomagnetic field modeling is beyond the scope of the mission, but is considered as a benchmark for DC magnetometer performance.