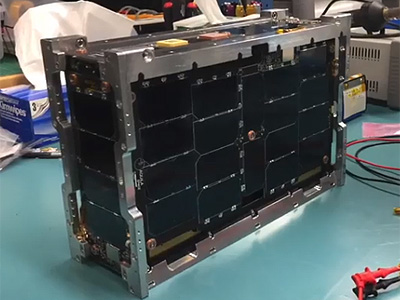 The satellite was launched on 28 November 2017 as copassenger on a Soyuz-2-1b Fregat rocket, but was lost due to an upper stage problem.