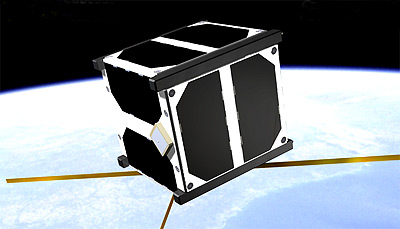 Lucky-7 is a Czech 1U-CubeSat mission built by SkyFox Labs for technology demonstration.

The main goal of the Lucky-7 is to test the first space friendly electronic spacecraft subsystems and design considerations in combination with modern COTS (Commercial Off The Shelf) electrical components leading to increased radiation tolerance within the harsh space environment as a precursor for the next generation of Deep Space CubeSat missions and serving in future also for the conquest of Mars by CubeSats/small satellites.