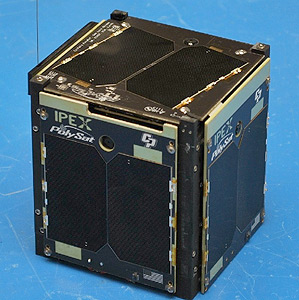 The development of IPEX was conducted by the following centers/institutions:

IPEX was successfully launched on 6 December 2013 on the ELaNa-2 mission. The last transmission heard from it was on 30 January 2015.