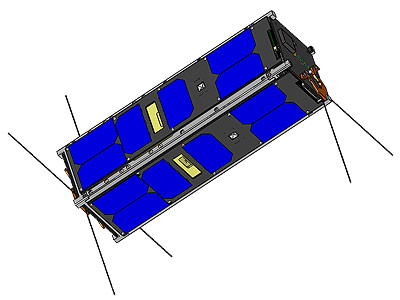 Ionospheric scintillation refers to random fluctuations in amplitude and phase of radio signals traversing a region of turbulence in the ionosphere. It impacts the power and phase of the radio signal and is caused by small-scale (kilometer to centimeters) structure in the ionospheric electron density along the signal path. Ionospheric scintillation affects trans-ionospheric radio signals up to a few GHz in frequency and, thus, can have detrimental impacts on satellite-based communication and navigation systems, such as GPS-based systems, and also on scientific instruments requiring observations of trans-ionospheric radio signals, e.g. for radio astronomy. The physics behind the generation of the plasma irregularity structures that cause scintillation is not fully understood, largely due to a lack of adequate observations. An obvious consequence of this is that neither does a reliable capability exist for the prediction or mitigation of the effects of scintillations on radio waves.

ISX will generate an extensive dataset for applying diffraction radio imaging, which enables the prediction of scintillations at any frequency determined from the imaged structure, and potentially the mitigation of distorted signals by canceling phase fluctuations. Another broader impact of the proposed project is that it is a pilot effort to provide global, space-based monitoring of ionospheric radio wave distortion using signals of opportunity available worldwide. While a single spacecraft cannot provide real-time monitoring, it can show the way for a constellation of spacecraft to provide such a space weather service in the future. Scintillation effects occur predominantly in the equatorial region in ionospheric density structures termed Equatorial Spread F (ESF). The main goal of this project is to provide new observations on the structure of scintillation-scale ionospheric irregularities associated with ESF. Specifically, ISX will simultaneously record scintillation patterns of multiple ground-based digital television (DTV) carrier signals. Scintillation patterns for a unique set of experimental geometries will be compared to determine how far along the magnetic field the turbulence maps, which is crucial observational data on the three-dimensional electrodynamics of these sub-km structures.