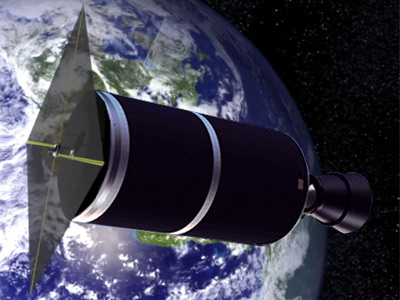 Spinnaker-3 / Firefly Capsule 1 are some payloads attached to the maiden Firefly-α rocket stage.

The Spinnaker-3 payload is a collaboration between the Cal Poly Cubesat Lab, Purdue University, and NASA. It will deploy an 18 m2 dragsail to provide deorbit capability for the Firefly Alpha launch vehicle upper stage. The payload is composed of an 8U dragsail device with a 1U avionics box and a 12U stilt system for raising the mechanism above other payloads situated on top of the payload ring.

The Firefly Capsule 1 consists of various nontechnical items from around the world such as photos, artwork, and childrens books.

The satellite is one of the passengers on the maiden launch of the Firefly-α rocket.