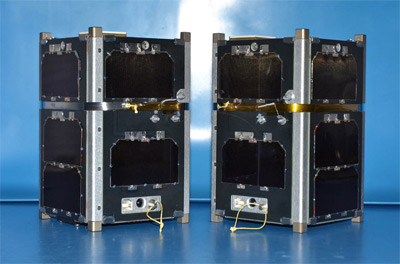 FIREBIRD is funded by the National Science Foundation.

The first FIREBIRD pair was orbited in December 2013 on an Atlas-5(501) rocket on the ELaNa-2 mission, but only one of the two satellites was functional.

The second pair were originally the Engineering Design Unit and flight spare for the FIREBIRD mission, but have been refurbished for flight. The FIREBIRD II spacecraft feature two major changes from the original FIREBIRD spacecraft: The Electrical Power System was replaced with a new in-house design and the FIREBIRD IMM Solar Cell Experiment (FISCE) was added.

Both Flight Unit 3 (FU3) and Flight Unit 4 (FU4) were launched on 31 January 2015 with the ELaNa-10 mission on a Delta-7320-10C rocket. All subsystems are working well and have recorded and downlinked hundreds of microbursts to date.