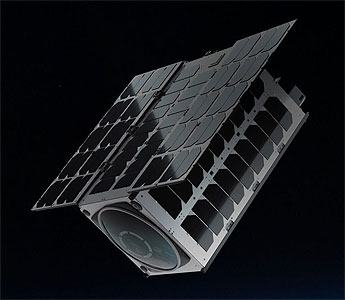 EarthTV is a constellation of video earth observing nanosatellites owned by the British company Sen.

Sen is developing its EarthTV constellation of nano-satellites to stream real-time and timely videos from space. The service, which will include a freely accessible app for individuals, will be used for monitoring environmental events and natural disasters such as wild fires, floods and storms, as well as monitoring climate change and movement of large groups of people.

Each satellite will be equipped with several UHD cameras, providing multiple perspectives of Earth, from wide angle imagery down to 1.5M resolution.

The first five satellites are being built by the Lithuanian NanoAvionics to the 16U CubeSat form factor.