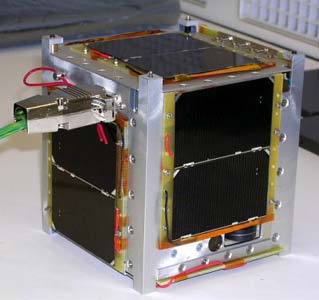 MEROPE's (Montana EaRth Orbiting Pico-Explorer) mission is to measure radiation in the Van Allen belts. The Van Allen belts surround the earth at the edge of its atmosphere. They include both inner and outer layers. The inner layer is made of protons left by the decay of cosmic ray induced albedo from the atmosphere. The outer layer is made up of electrons that are produced by injection and energization events following geomagnetic storms. These belts are generally known for their negative effects. They cause satellite components, particularly semiconductor and optical devices to degrade. It also induces background noise in detectors, causes error in digital circuits, induces electrostatic charge-up in insulators, and is even a threat to astronauts.

Montana State University's MEROPE team is building the first satellite ever in Montana. MEROPE is a completely student run program which has involved over 75 graduate and undergraduate students.