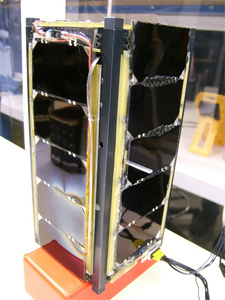 In addition to these two primary missions, ION will also conduct a number of secondary objectives. It will demonstrate the space use of a singleboard computer donated by Tether Applications, Inc. (TAI). Additionally, ION will perform a feasibility study investigating the use of an onboard complimentary metaloxide semiconductor (CMOS) imaging system for star tracking and earth photography. ION will also demonstrate the use of an active magnetic attitude system. Finally, ION will have the option of being used as a space based Bulletin Board System (BBS) or digipeater to be used by ham radio operators around the planet.