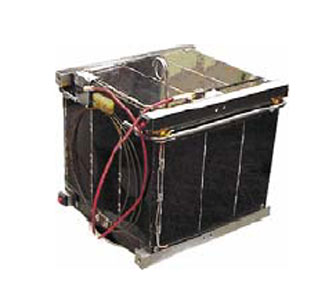 The payload for this satellite was produced by Montpelier University and Alcatel and provides a valuable scientific/commercial application. The electronics board for this payload will measure the total amount of high-energy radiation over a two-year span and will test four commercial integrated circuit components for their radiation hardness, functionality and annealing properties.