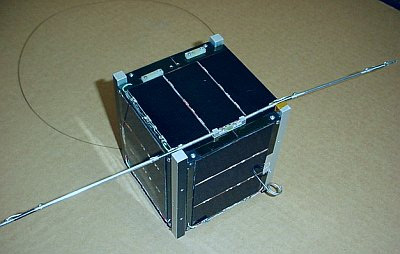 Rincon 1 was a CubeSat nanosatellite built by the University of Arizona Student Satellite Program.

The payload for this satellite is a sophisticated, low-power beacon board that was produced by Rincon Research Corporation and provides a redundant means of relaying sensor data in analog form. This data can be compared with the digital forms, sent by the primary transmitter. The beacon operates autonomous of all other satellite systems except for the power and the sensor electronics. Besides the main controller, it has the capability of deploying each of the antennas.