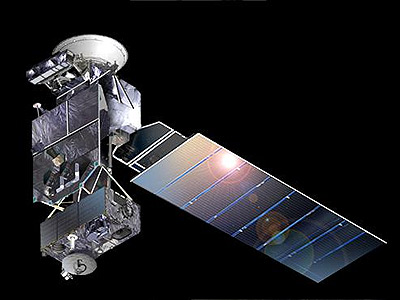 STPSat 6 is a planned experimental spacecraft for the Department of Defense's Space Test Program (STP).

The satellite is based on Northrop Grumman Innovation Systems's (NGIS) (formerly Orbital ATK's) high-end modular A-500 bus, which another U.S. government agency bought for a different geosynchronous mission (DARPA's Phoenix program) but transferred to the Space Test Program after deciding it didnt need it. The satellite will be directly inserted into an orbit slightly above the geostationary orbit.

STPSat-6 will carry nine experiments into a geosynchronous orbit:

Launch of the satellite is planned as the primary payload on the STP-3 launch in 2018, to be competively bid between an ULA Atlas-5 or a SpaceX Falcon-9 v1.2 (Block 5) rocket. In June 2017, am Atlas-5(551)² was selected to launch the STP-3 mission, including an integrated propulsive EELV Secondary Payload Adapter (LDPE 1) holding up to six payloads, in 2019.