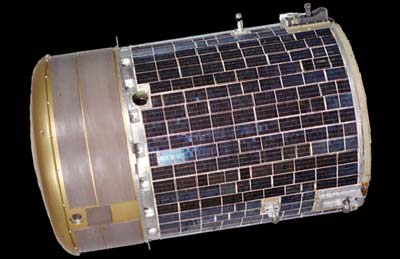 Skipper was an international project initiated by BMDO to measure the bow-shock UV emissions from reentering bodies at different speeds and heights.

Skipper was the third mission in BMDO's Bowshock program. The first two Bowshock missions were suborbital flights on sounding rockets.

The instruments and the bus were built in the USA by the Space Dynamics Laboratory, while the propulsion module, solar power systems were built in Russia by Moscow Aviation Institute (RIAME/MAI). Russia also provided the piggy-back launch on a Molniya-M (Blok-2BL) rocket.

SDL designed, built, and integrated the UV and vacuum-UV (VUV) spectrometers and photometers, wrote all flight software, and developed flight electronics and all ground-based data handling and display hardware. SDL also integrated and tested the Russian power and propulsion subsystems developed by the Research Institute of Applied Mechanics and Electrodynamics of the Moscow Aviation Institute (RIAME/MAI). In addition, SDL integrated the spacecraft to the launch vehicle, established and operated the mission control center at SDL, performed mission operations through AFSCN, and defined link and operations protocols, mission planning, and orbit design.

The instrumentation consisted of;

Data was to be collected during atmospheric interfaces near perigee and finally during a planned de-orbit over the Pacific Ocean.

A wiring fault in the power system prevented the charging of the batteries, causing the mission to fail.