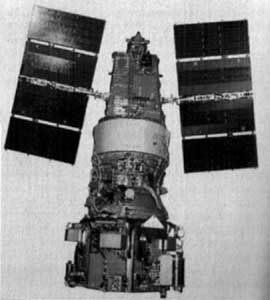 The program's name, Delta 183, was derived from the designation of the launch vehicle; the spacecraft itself was called Delta Star. It consisted of two sections: the McDonnell Douglas orbital operations control assembly mated to the sensor module. The instruments were boresighted together parallel to the axis of the module; pointing was provided by the spacecraft's attitude-control system. The sensor ensemble included

Delta Star was launched on 24 March 1989, into a circular orbit of 48-degree inclination and about 360-kilometer altitude. This orbit provided for a repeating ground trace every five revolutions to pass near Cape Canaveral, Florida, and other ground sites to facilitate the observations of "targets of opportunity" and other experiments. The satellite was deactivated the following 27 December 1989.