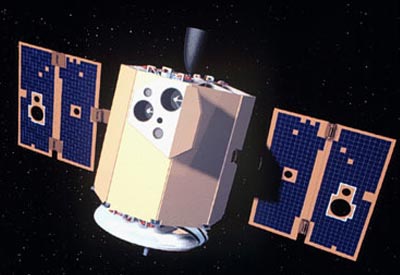 The DSPSE (Deep Space Program Science Experiment), the first of a series of Clementine technology demonstrations jointly sponsored by the Ballistic Missile Defense Organization (BMDO) and the National Aeronautics and Space Administration [NASA], launched in early 1994. Its principal objective is to space qualify lightweight imaging sensors and component technologies for the next generation of Department of Defense (DoD) spacecraft. The Clementine mission uses the Moon, a near-Earth asteroid (1620 Geographos), and the spacecraft's Interstage Adapter (ISA) as targets to demonstrate lightweight component and sensor performance. As a secondary mission, Clementine returns valuable data of interest to the international civilian scientific sector. It represents a new class of small, low cost, and highly capable spacecraft that fully embrace emerging lightweight technologies to enable a series of long-duration deep space missions.

The BMDO assigned responsibility for the Clementine spacecraft design, manufacture, integration, and mission execution to the Naval Research Laboratory (NRL). The Lawrence Livermore National Laboratory (LLNL) provided lightweight imaging sensors developed under the sponsorship of BMDO. Clementine launched on a Titan-2(23)G [Star-37FM] expendable launch vehicle from Vandenberg Air Force Base into Low Earth Orbit (LEO) in January 1994 togethe with the instrumented Interstage adaptor (ISA). During its two month orbit of the Moon it captured 1.8 million images of the Moons surface.

Clementine's secondary scientific task, a rendezvous with the asteroid 1620 Geographos, failed because of the uncontrolled spinning of the spacecraft after its departure from lunar orbit.