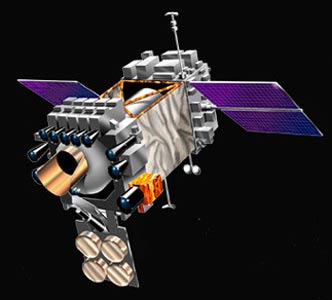 MSX contained a number of experiments for BMDO:

MSX was expected to cease operations when it ran out of coolant in 1997. However the visible light sensor, Space-Based Visible (SBV), was still operable since it did not need to be kept at cryogenic temperatures. MSX was used for an extended mission, during which it was used to track satellites and debris in and close to geosynchronous orbit. The satellite ceased operations in June 2008 following the failure of the SBV instrument.

MSX was originally planned to fly on a Titan-2S booster, but was later reassigned to a Delta-7920-10 launch vehicle.