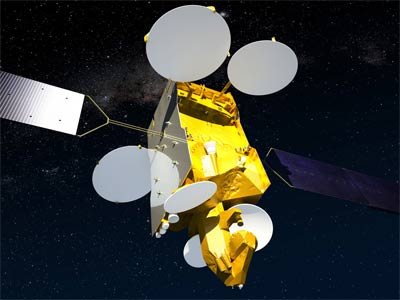 SES World Skies ordered in May 2010 the SES 6 hybrid satellite from EADS Astrium for delivery in 2013. It will replace the aging NSS 806 satellite.

SES-6 will offer 50 percent more C-Band capacity for the cable community, and retain the unique capability to distribute content between the Americas and Europe on the same high powered beam. In addition SES-6 will offer a substantial upgrade to Ku-Band capacity in the region with dedicated high power beams over Brazil, South cone, the Andean region, North America, Mexico, Central America and the Caribbean, while also offering an innovative payload to support mobile maritime and aeronautical services on the highly demanded routes from North America, the Gulf of Mexico, across the north Atlantic and to Europe.

The new SES-6 satellite, which is nearly twice as large as NSS-806, will have a total of five steerable Ku-band beams, including four beams for the Americas and one beam covering the Atlantic ocean region.