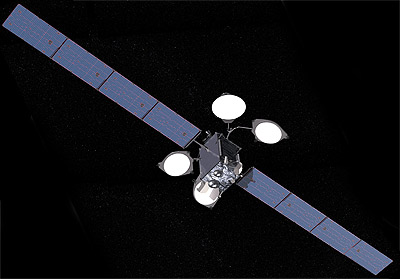 SES 15 is a geostationary communications satellite operating in Ka- and Ku-bands in North America, which uses electric propulsion for initial orbit raising and all on-orbit manoeuvres.

The new satellite was built by Boeing based on the Boeing 702SP platform, to be launched in Q2 2017 and to open up a new orbital location to serve North America. SES-15 carries a hybrid payload, with additional Ku-band wide beams and Ku- as well as Ka-band High Throughput Satellite (HTS) capability. The satellite is equipped with an electric propulsion system for orbit raising and in-orbit manoeuvres.

SES-15, positioned at 129° West, enables SES to serve its leading aeronautical customers and serve other traffic intensive data applications such as government, VSAT networks and maritime.

Raytheon contracted with SES to host FAA's WAAS GPS-augmentation payload (WAAS-GEO 6) on the SES-15 satellite in a 15-year contract.