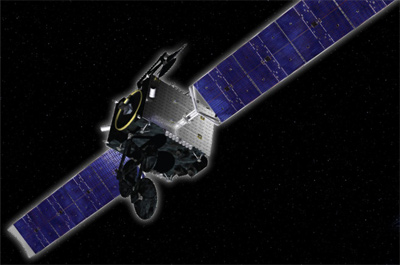 SES-16/GovSat 1 is a communications satellite, that has been ordered by LuxGovSat, a joint venture between SES and the Luxembourg government, from the satellite manufacturer Orbital ATK, Inc.

The satellite will be built on Orbital's GEOStar-3 bus. It will be positioned at 21.5° East and is scheduled for launch in Q2 2017.

SES-16/GovSat 1 is a multi-mission satellite using dedicated military frequencies (X-band and military Ka-band) to provide high-powered and fully steerable spot beams for multiple government-specific missions. The satellite will cover Europe, the Middle East and Africa. The Luxembourg government has pre-committed to a significant amount of capacity on the new satellite in support of its NATO obligations; the remaining capacity will be made available to governmental and institutional customers.

SES-16/GovSat 1 will feature a special port, which allows a hosted payload to dock with it in orbit. The port will be the support structure for an unidentified hosted payload to be launched on a future SES satellite and then released in the vicinity of SES-16. The 200 kg, 500-watt payload then will travel to SES-16 and attach itself.