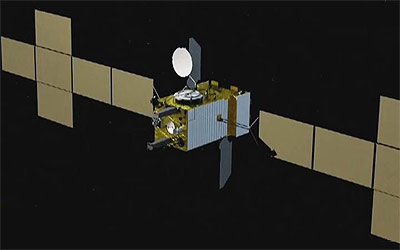 SJ 18 (Shijian 18) was a Chinese experimental geostationary satellite based on the new DFH-5 Bus.

SJ 18 was to be the maiden flight of the DFH-5 ultra-high-performance satellite platform, featuring a high-thrust ion propulsion. It provides payload power up to 28 Kilowatts.

The satellite was launched in June 2017 on a CZ-5 rocket from the Wengchang cosmodrome, but failed to reach orbit.

A similar, but even larger SJ 20 was launched in 2019 on the third CZ-5 rocket from the Wengchang.