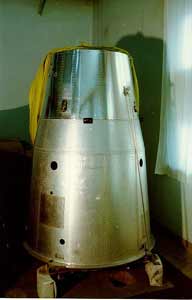 The beacon transmitter operated in frequencies of 162 MHz and 40.5 MHz. The principle of the measurement is that the ground station receives Doppler shift and Faraday spin of the two signs passing through the ionosphere to inverse the integrated electronic concentration of the ionosphere.

The satellite was battery powered and had a mass of 480 kg.

SJ 2A was launched as one of three payloads on a FB-1 rocket in September 1981. An earlier launch failure in July 1979 reportedly carried the same payloads.