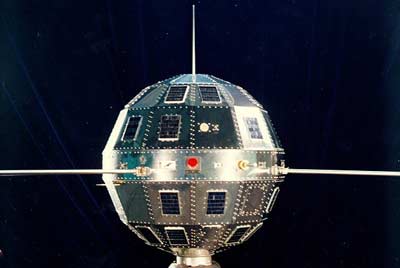 SJ 1 (Shi Jian) was the second Chinese satellite. It was designed an built by the Chinese Academy of Space Technology (CAST).

The 221 kg SJ 1 spacecraft was based on the DFH 1 satellite, from which it inherited the 1 m pressurized sperical structure, but it was powered by Silicon solar cells, which were mounted on 14 trapezoidal planes on the upper and lower hemispherical shells. Batteries and transmitters were housed in the pressurized compartment. SJ 1 was spin stabilized.

SJ-1 was launched by a CZ-1 booster into an elliptical 226 × 1826 km orbit inclined at 69.9° from the Jiuquan launch facility near Lop Nor. It ceased transmitting after eight years in orbit.