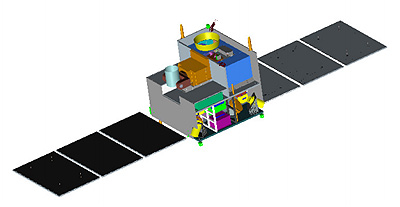 QSS (Quantum Science Satellite) or Mozi, also known as QUESS (Quantum Experiments at Space Scale), is a Chinese minisatellite to establish a space platform with long-distance satellite and ground quantum channel, and to carry out a series of tests about fundamental quantum principles and protocols in space-based large scale.

The scientific goals are to implement a series of science missions between Quantum Science Satellite and quantum communication ground stations. The major tasks are as follows: