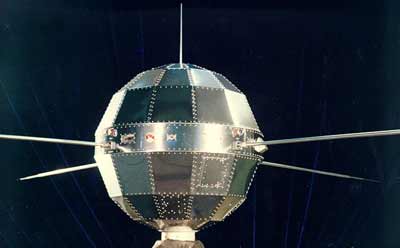 DFH 1 (Dong Fang Hong 1) was the first chinese satellite. This was the first satellite launched by China on its own booster, making China the fifth nation to put a spacecraft into orbit using its own rocket.

The satellite was developed under the direction of Tsien Hsue-shen, dean of the Chinese Academy of Space Technology (CAST). The experimental satellite was nearly spherically shaped symmetrical 72-faced polyhedron with a 1 meter diameter. It was battery powered and carried a radio transmitter. The primary mission was to broadcast the song "Dong Fang Hong", paying tribute to Chairman Mao, and to announce the time. A total of five identical satellites were built to have back-ups in case of launch failures. The first satellite launched successfully.