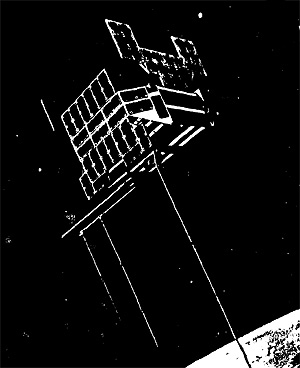 The Pundit satellites were part of a series of so called Program 11 or P-11 "Subsatellite Ferrets", low orbit ELINT/SIGINT satellites to pinpoint and characterize different Radar emitters in the Soviet Union and Warsaw pact states.

The Pundit payloads were used to collect VHF missile telemetry.

These subsatellites were deployed from the propulsion rack of the Agena-D stage of KH-4 Corona, KH-5 Argon and KH-7 Gambit-1 reconnaissance satellites. They used two solid-fuel kick-motors to maneuver themselves into their operational orbits after deployment.