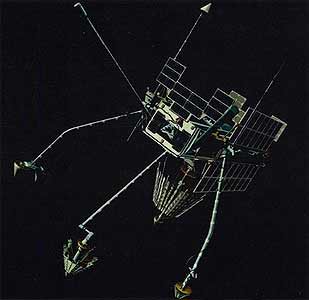 The Mabeli (Main Beam Tivoli) satellite was part of a series of so called Program 11 or P-11 "Subsatellite Ferrets", low orbit ELINT/SIGINT satellites to pinpoint and characterize different Radar emitters in the Soviet Union and Warsaw pact states.

Mabeli was a SIGINT mission targeted at ABM radars and technical intelligence. It suffered from degraded sensitivity in one receiver. It was still operational after 11 months in space, but it is unknown, how long Mabeli actually worked.

This subsatellite was deployed directly from a KH-9 Hexagon reconnaissance satellite. It used two solid-fuel kick-motors to maneuver itself into its operational orbit after deployment.