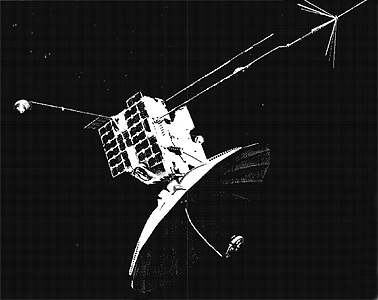 The Lampan Sampan satellites were part of a series of so called Program 11 or P-11 "Subsatellite Ferrets", low orbit ELINT/SIGINT satellites to pinpoint and characterize different Radar emitters in the Soviet Union and Warsaw pact states.

These subsatellites were deployed from the propulsion rack of the Agena-D stage of KH-4A Corona reconnaissance satellites. They used two solid-fuel kick-motors to maneuver themselves into their operational orbits after deployment.