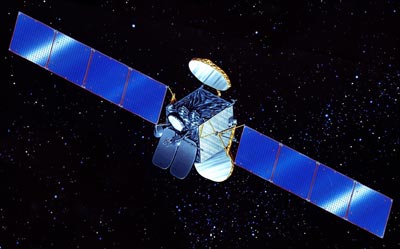 Galaxy 3R, operated by PanAmSat Corporation, is used to provide video and telecommunications services throughout the United States. The satellite's Ku-band capacity can also be switched to provide coverage of Latin America.

The satellite is a version of the three-axis, body-stabilized Hughes HS-601 model built by Hughes Space and Communications Company (HSC) in El Segundo, Calif. It was launched on a Lockheed Martin Atlas-2A rocket Dec. 14, 1995, from Cape Canaveral, Fla.

Galaxy III-R replaced the smaller, C-band-only Galaxy III spacecraft, a Hughes 376 model also built by HSC. Galaxy III-R carries 24 C-band transponders for coverage of the 50 United States, primarily for distribution of video programming. The 24 Ku-band transponders are used for telecommunications services and for direct-to-home television services. The coverage area of the Ku-band payload is switchable, so initially those transponders were used by Galaxy Latin America to deliver DIRECTV programming to Latin America and the Caribbean. With the deployment of Galaxy VIII-i in early 1998, Galaxy III-R's Ku-band coverage area was switched to the United States.