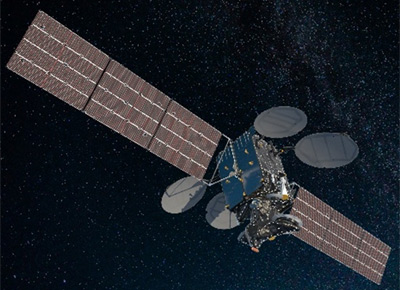 Fleet operator Intelsat on June 15 said it has ordered six new satellites  four from Maxar Technologies and two from Northrop Grumman  that it needs to continue telecommunications services in the United States with less spectrum by early December 2023.

The satellites are for C-band services, mainly television broadcasting, that satellite operators will have to conduct with less C-band airwaves in the United States after the U.S. Federal Communications Commission auctions 300 megahertz of the spectrum for use in cellular 5G networks.

If Intelsat can clear its customers from the 300-megahertz swath by Dec. 5, 2023, it will receive $4.87 billion in accelerated clearing payments through the FCC, which said it will require spectrum bidders to make those payments for advanced access to the spectrum. Thats two years faster than the FCCs mandatory deadline for satellite operators to leave the spectrum.

Intelsat has cited the urgent need to fund replacement C-band satellites and other infrastructure for the FCCs accelerated clearing program as one of the reasons it filed for bankruptcy protection.

Intelsat said it is negotiating with manufacturers for a seventh satellite that, once described as a possible need, is now required for its C-band transition. This satellite, called Galaxy 37 was ordered in September 2020 from Maxar.