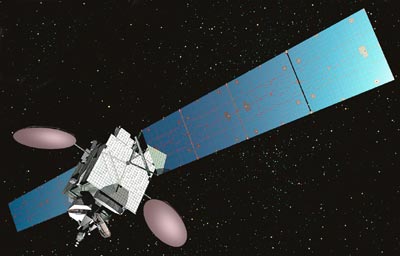 From its orbital slot at 127 degrees west longitude, between the Hawaiian Islands and the U.S. West Coast, the new satellite has coverage over North America, Puerto Rico, Alaska, Hawaii and Mexico.

The spacecraft carries a total of 48 active transponders, 24 in Ku-band and 24 in C-band. The spacecraft's Ku-band payload, known as Horizons-1, was constructed for the Horizons partnership and will be jointly owned by PanAmSat and JSAT. It will be used to offer a variety of digital video, Internet and data services. Using a Hawaii-based relay station, the satellite's Ku-band payload also will be able to deliver content and services between the United States and Asia. The C-band portion of the new spacecraft is known as Galaxy XIII and will be operated separately as part of PanAmSat's Galaxy cable neighborhood, which serves the domestic U.S. cable industry. Galaxy XIII will be used to replace capacity on Galaxy IX, which is a Boeing 376 model that will move to a new orbital position and continue to provide services.

Galaxy 13's C-band payload will be replaced in 2022 by Galaxy 37 under the C-band transition program.