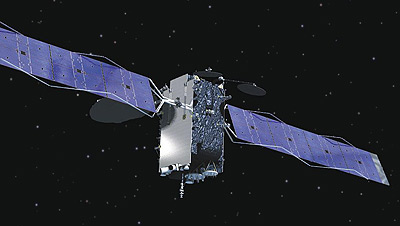 Intelsat awarded in January 2018 a contract to build the Galaxy 30 Ku- and Ka-band communications satellite to Orbital ATK, now Northrop Grumman Innovation Systems (NGIS). This satellite will be based on the flight-proven GEOStar-2 platform.

Galaxy 30 will carry a C-band payload for traditional broadcast applications, such as ultra-high definition distribution, and also Ku- and Ka-band payloads to support broadband applications. The GEOStar-2 design has the capabilities that will allow us to advance our network architecture while still providing incomparable economics for our customers.

Intelsat General will design, develop and host the WAAS-GEO 7 payload and then integrate it into the Galaxy 30 satellite being built by Orbital ATK.

Galaxy 30 will be designed, built and tested at Orbital ATKs state-of-the-art satellite manufacturing facility in Dulles, Virginia, and will primarily serve video markets in North America. The satellite is scheduled to launch in early 2020.

Galaxy 30 will share the upper berth of an Ariane-5ECA+ rocket with MEV 2, while a third yet unnamed payload flies in the lower berth. The Galaxy 30 satellite is set for launch in the first half of 2020 and will be located at 125 degrees west.