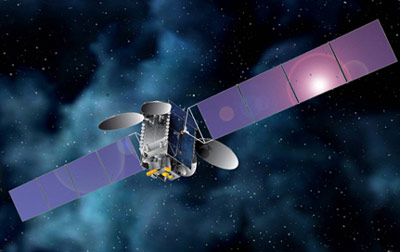 Space Systems/Loral (SS/L), announced in November 2011 that it has been chosen by Asia Satellite Telecommunications Company Limited (AsiaSat), Hong Kong, to build the AsiaSat 8 and AsiaSat 6 communications satellites.

The 4535 kg spacecraft is based on Space Systems/Loral's SSL-1300 satellite bus. It will carry 24 Ku-band transponders and a Ka-band beam and has a 15-year mission life. Equipped with 210 W Ku-band TWTAs, AsiaSat 8 will offer the highest downlink power in the region. With a payload power of 8,500 W, AsiaSat 8 is the most powerful member of AsiaSats fleet.

AsiaSat 8 is compatible with a range of commercial launch vehicles with the Falcon-9 v1.1(ex) selected. It will be co-located with AsiaSat 7 at the orbital location of 100.5° East. Beginnig in early 2017, the satellite was leased for four years to Spacecom to replace the lost AMOS 6 satellite and will be used as AMOS 7. It was positioned at a Spacecom location at 4° East.