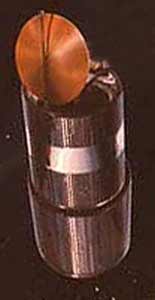 Westar 6 was launched from the space shuttle in February 1984. Its PAM-D misfired, however, and the satellite was stranded in a useless low orbit. It was retrieved by shuttle astronauts in November 1984, and Hughes was contracted to refurbish it. Westar 6 was eventually sold to the AsiaSat consortium and renamed AsiaSat 1. The spacecraft was successfully relaunched on 7 April 1990, on board a CZ-3 rocket, and now provides telecommunications services to a number of Asian nations.

The HS-376 series of spacecraft uses two telescoping cylindrical solar panels and a folding antenna for compactness during launch. Once the satellite is in synchronous orbit 22,300 miles above the equator, the antenna is erected and the outer solar panel extended, more than doubling the spacecraft's height and power output.

The spacecraft are 7.2 feet wide. They are 9 feet high in the stowed position, and with the 6-foot wide antenna erect and the aft solar panel deployed, they stand 21.6 feet high. Each weighs 1280 pounds at beginning of life in orbit. Stationkeeping is provided by four thrusters using 313 pounds of hydrazine propellant. The K-7 solar cells generate 935 Watts at beginning of life, and two nickel-cadmium batteries furnish full power during an eclipse.

The satellites are stabilized by spinning at 50 rpm. Both the communications antenna and electronics are despun with respect to the earth and achieve a pointing accuracy of better than 0.05 degrees. In synchronous orbit, the satellite's velocity maintains it in a fixed position relative to the earth, thereby ensuring continuity of communications services.