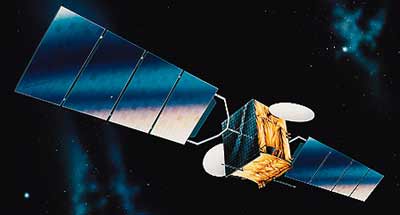 The Hong Kong-based consortium, Asia Satellite Telecommunications Company, has been the most important communication company in Hong Kong. From its orbital slot above Singapore, Asiasat can service users in China, Japan, Malaysia, Burma, Thailand, Afghanistan, and Pakistan. Broadcasting the Star TV service 24 hours a day Asiasat broke through national regulatory structures for television programs. Within the footprint of the satellite, from Kabul to Hokkaido, video, audio and data signals can be exchanged with the use of three meter dishes.

The loss of the AT&T Telstar 402 satellite contributed to a year-long delay in the launch of the similar AsiaSat 2.

In late 2009 AsiaSat 2 was leased to Israeli Spacecom Ltd. to be operated as AMOS 5i to be operated ad 17° East as a stop gap measure until AMOS 5 becomes operational in 2011. After this, it reverted back to the AsiaSat 2 designation and was stationed as a placeholder at 120° East to retain Thailands regulatory rights to the slot until AsiaSat 6 / Thaicom 7 becomes operational.