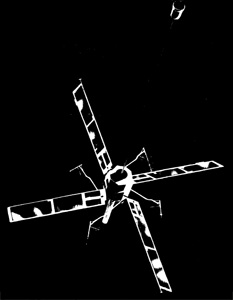 Transat (Translation Satellite) was the Transit-O 11 satellite, modified to serve a dual role in both the Transit navigation system and the experimental SATRACK (Satellite Tracking) system. SATRACK served to increase the accuracy of the Trident-C4 missiles. When working in the SATRACK mode, it received, translated and retransmitted GPS satellite signals to simulate an orbiting test missile and thus permitted to evaluate the SATRACK ground equipment.

When Transat did not work in SATRACK mode, it served as a Transit navigation satellite.

The SATRACK equipment consisted of two redundant SATRACK translators and antenna elements on four symmetrical booms to provide the antenna patterns of a Trident missile.