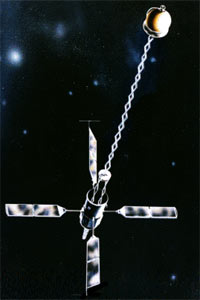 This series was improved by the addition of magnetic damping to the DISCOS and a stiffening to the boom assembly, reference clock, computer capacity, 6 m gravity boom, S/C mass was 166 kg. The NOVA satellites used the electric propulsion system (Pulsed plasma thrusters system) of the TIP series satellites to compensate for drag with thruster firings. The NOVA satellites had operational lifetimes of 8 to 9 years.

The satellites were used operationally in the Transit navigation system.