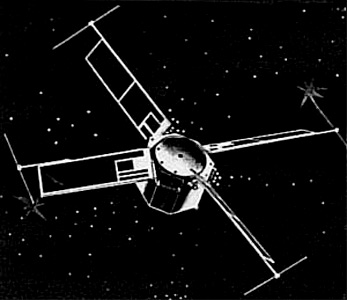 The objectives of Transit-5E 3 were:

The charge control circuit malfunction demanded continuous adjustment of satellite loads to avoid the development of serious thermal troubles as well as to determine the inter-relationship of the parameters which assisted in the analysis of the problem. Because of this continual adjustment, good four-frequency data which are mandatory for proper ionospheric research were not obtained over extended periods of time.

The experimental solid state commutator performed perfectly, and was the prototype for those used in subsequent APL satellites. 5E-3 transmissions were last received 19 July 1964.