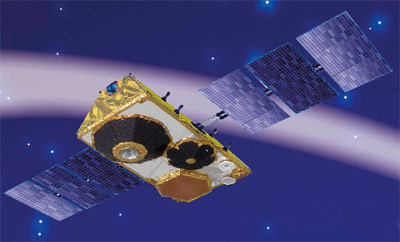 Alcatel Alenia Space announced in December 2006 it has signed a Euro 661 million contract with Globalstar, Inc., a provider of mobile satellite voice and data services to businesses, government and individuals, to provide their second-generation satellite constellation. Per this contract, Alcatel Alenia Space, as prime contractor, will design, manufacture and deliver 48 low-earth-orbit (LEO) Globalstar -satellites as well as launch support services prior to and during the launches and mission operations support.

This definitive contract occurs a few weeks after the preliminary contract (Authorization To Proceed) signature aimed at defining the program readiness review and developing program milestones.

With a launch mass of approximately 700 kg and an end-of-life power of 1.7 kW, Globalstar satellites will be fitted with 16 transponders from C- to S-band and 16 receivers from L- to C-band. Starting in 2010, Globalstar satellites were launched by 6 to 8 at the same time and will have a lifetime of 15 years. The satellites will be deployed into a 920 km, 52° phasing orbit, from where they will raise themselves to the operational 1410 km, 52° orbit.

Alcatel Alenia Space participated in the design of the complete first generation system and was responsible for the supply of satellites payloads, structures, thermal subsystems as well as the complete satellite integration. The company was also responsible for manufacturing and installing the Globalstar ground station antenna terminals.