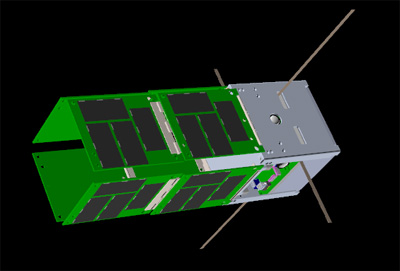 SkyCube is a crowdfunded 1U CubeSat, bult by Southern Stars Group LLC, whose mission is to tweet messages submitted by its investors and to take pictures of places they have requested. And in the final weeks of its life, it will inflate a silver balloon so they can see it as it sails overhead.

After deployment in orbit, signals were received twice: on deployment day, then again on 27 March 2014. The telemetry received, allowed to deduce that the cause of failure was a solar panel non-deployment. Everything else (batteries, radio, flight computer, power system, etc.) appeared to work fine. The mission was declared a loss on 28 July 2014 and the satellite finally reentered on 8 November 2014.