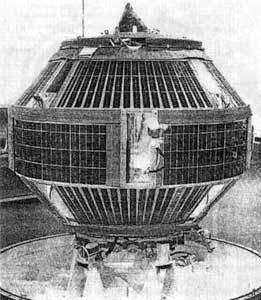 Radio-ROSTO, also known as RS 15, was a small amateur radio satellite launched on the maiden orbital flight of the Rokot-K booster.

The satellite was constructed using a surplus Strela-1M satellite. The payload was the BRTK-11 electronic billboard (RS 15) for use by amateur radio operators. The transponders worked at an uplink frequency band of 145.857-145.897 MHz and a downlink frequency band of 29.357-29.397 MHz with an output power of 5 W.

Radio-ROSTO was a precursor mission to a proposed constellation of six Radio-M spacecraft, which were eventually not realized.

The satellite was successfully launched on the maiden Rokot-K orbital flight on 26 December 1994. After 21 years in orbit the solar cells still power the beacon when in sunlight.