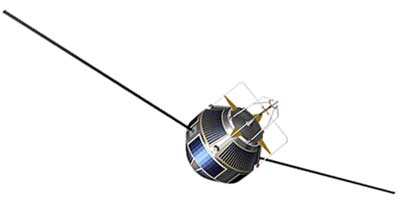 Radio Sputnik 3 to 8 (RS 3 to 8) was a series of Soviet amateur radio satellites.

RS-3 and RS-4 were experimental satellites and did not contain transponders for general use. The remaining satellites contained Mode A linear transponders.

RS-5 and RS-7 both contained autotransponders called ROBOTS. These ROBOTS made it possible to carry on a CW telegraphy contact with the spacecraft. A typical communication with the ROBOT would be initiated by the radio amateur on the ROBOT uplink frequency and the satellite would respond with a short message and issue a QSO number.

All six satellites were launched together on a dedicated Kosmos-3M rocket from Plesetsk.