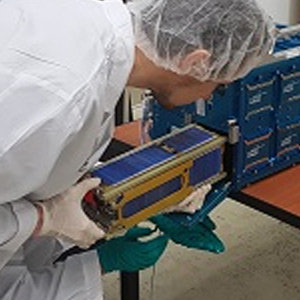 Iskra-MAI-85 is a Russian 3U CubeSat developed at the Moscow Aviation Institute (MAI).

The satellite project is to give the MAI students experience in designing and manufacturing all structural and electronic elements of a satellite. It uses only domestic produced components.

The launch of the satellite allows for testing the platform under real operating conditions in orbit.

The satellite was launched and deployed successfully. After the launch Iskra-MAI-85, radio communication with the satellite was maintained for two months although the actual electric power was lower than expected, probably due to the failure of the battery switch. Due to the low power, the amateur radio and video camera were turned off. However, the satellite responded to commands and transmitted telemetry.