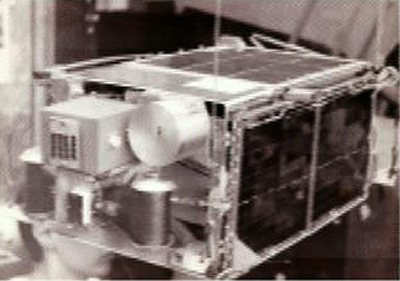 The Iskra satellites were a series of soviet amateur communications satellites built by students and radio amateurs at the Ordzhonikidze Aviation Institute.