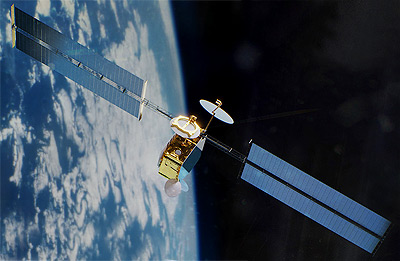 Inmarsat-7 is the seventh generation of satellites for the London-based global mobile satellite communications operator Inmarsat. The three satellites called GX7, 8 & 9 will have an improved fully reconfigurable Ka-band payload for the Global Xpress services.

Airbus has been selected to deliver Inmarsats newest fleet of satellites as part of a long-term strategy to develop the most agile, flexible, diverse and cost-effective constellation ever conceived. The satellites, named GX7, 8 and 9, are optimised for real-time mobility and feature thousands of dynamically-formed beams that direct capacity with laser-like precision over high-demand areas.

With focused, ultra-high-power capacity layered over high demand flight routes and airport hubs during peak hours, the satellites will revolutionise aviation connectivity. The network will immediately relocate capacity in line with real-time flight patterns, new airline routes and seasonal demand surges across the globe, future-proofing the ability for airline customers to invest in a consistently high quality of service for passengers into the future.

The new satellites are scheduled to launch from 2023 and build upon the existing GX high-speed global network, which consists of the GX1 to GX4 satellites already in operation and three more being launched over the next three years, starting with the GX5 satellite later in 2019 and GX6A and GX6B in 2020.

Inmarsat GX7, 8 & 9 will be based on Airbus new standard and fully reconfigurable satellite product line OneSat. The satellites have a launch mass of less than 3000 kg and can be stacked one on another without aditional hardware.

Fully reconfigurable and featuring on board processing and active antennas, the three Ka-band spacecraft will be able to adjust their coverage, capacity and frequency. They will deliver power and bandwidth dynamically in real-time to adapt to Inmarsats requirements to provide HTS (High Throughput) broadband connectivity for the mobility market.